On the face of it, July was probably not the most enjoyable of times to have my Multi-Engine Class training. The summer’s record temperatures – once peaking at a toasty +55 Centigrade in the cockpit – really did us no favors at the best of times; and had certainly not done justice to our little, slightly underpowered Piper Seminole :). So keen to see what it – and I – could actually do given some favorable weather conditions, I was very much looking forward to my Multi-Engine Instrument training, slated to take place in the much more agreeable near-zero temperatures at the beginning of November…

Now, as mentioned in a previous post on the topic, flying a twin engine airplane is fairly easy – provided both engines are operating :D. When one decides to quit however, things can become interesting – still safe, but quite interesting nonetheless. The biggest and most immediate problem in this situation is the sudden lack of power – as my flight instructor had graphically put it, when you lose an engine, you don’t lose just 50% of the available power; in effect it’s as if you lose 75%, since you now also have the dead weight – and additional drag – of the inoperative engine. Specifically, it’s this drag that causes the biggest control problems: with one engine “dragging behind” and the other pulling forward, the airplane wants to yaw and bank around its center of gravity into the inoperative engine, a tendency that has to be neutralized by liberal application of opposite rudder (and possibly some aileron) :). With the rudder now deflected (at low speeds often fully), the drag increases yet again, forcing the airplane down to its speed for minimum drag (and hence minimum required power) – a flight regime that, especially during landing, requires considerable planning ahead…

When simulated for training purposes, this One Engine Inoperative situation also makes the aspiring student appreciative of the simplicity of the turboprop engine – especially if you’re flying a piston-engined Seminole, an aircraft seemingly designed to make your life then and there as complicated as possible :D. Given that many in-flight engine shutdowns are caused by small, easily-rectifiable problems rather than catastrophic failures, each aircraft has a specific set of “diagnostic” procedures the pilot needs to run through to verify whether one of the engines has indeed failed, identify the inoperative engine and – if all else fails (pun intended) – secure it. On the 100-cockpit-lever Seminole (though they’re broadly similar for other piston twins) these include:

If once you’re done the inoperative engine still refuses to cooperate, you identify it and proceed with securing it – which is basically the reverse procedure to the above: close the throttle, feather the prop, cut the mixture and shut everything down related to the engine, such as magnetos, fuel pumps, alternators and the like… you may also have noticed that the above procedure is performed on both engines simultaneously; the rationale is that whatever plagues one engine can easily happen to the other – which is especially likely if the root cause is icing or incorrectly set mixtures.

Despite being a “screenfull”, out on the Seminole this procedure is pretty straightforward and comparatively simple – dare I say fun 😀 – in visual conditions: conditions where you always have a visible horizon and ground contact, and can afford to drift a bit off course while you get the hang of the airplane. In instrument conditions though that luxury is gone, with the only spatial reference you have provided by the instruments – which implies, in addition to everything stated above, continual scanning of the primary flight and navigation instruments and maintaining an image of your position and attitude in your head. Now factor in an ILS or VOR/DME approach and you have a party :D.

Given that during these flights I was want for a few more arms, I did not have the liberty to photograph at will as I usually do, so – after having drifted off course quite badly with this post 😀 – I thought I’d just throw together a small photo gallery of the ME/IR “tools of the trade”… 🙂

For us "modular course" types, the ME/IR rating also includes three hours on "the simulator" - our good ol', not-entirely-trusty BT220, produced by BT Simulations of Austria :). Though universally referred to as a simulator, the BT220 is actually a "Flight, Navigation and Procedures Trainer II" (FNPT II) - to be a fully fledged simulator, it'd have to be "full motion", that is be able to pitch, yaw and bank like the real aircraft 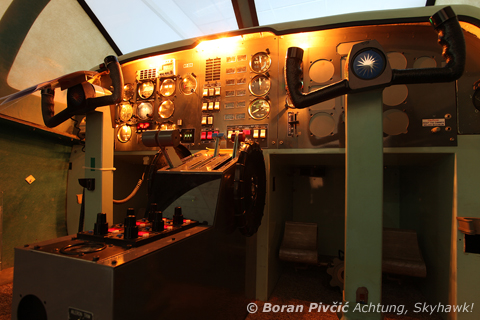 The copilot's view with the seats moved fully back. Representing (broadly) the Piper Seneca III, the BT220 has everything you really need for any sort of IFR training: an HSI and CDI, two ADFs, two DMEs - and an extensive list of failure options 😀 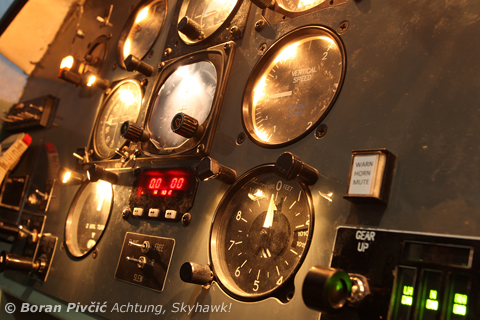 Cooling down after a grueling two-hour training session. Far from being just a cheap replacement for the real aircraft, "the sim" allows for very useful training for real life emergencies: during this session, we had multiple engine failures, system failures, instrument malfunctions, electrical and fuel issues, landing gear failures - not to mention weather related issues such as heavy icing, heavy turbulence, gusting wind and low-visibility operations. Though we'll probably never encounter such a pessimistic combination of conditions out in real life, the lessons learned from them can do wonders when something really does go wrong on the actual airplane...

Dripping wet after an hour's worth of flying though rain while shooting some ILS approaches. Apparently all of my instrument flights are doomed to either cloud and low visibility, heavy turbulence or pouring rain 🙂 (fitting, isn't it?)

At least we gave the Seminole a thorough - and thoroughly ecological 🙂 - wash! She was clean as a whistle when we were done!

Back in the dry in the University's hangar. Like many small twin-engine Pipers, the Seminole is equipped with contra-rotating propellers, eliminating the dreaded "critical engine" and all of its associated negative effects (at the expense of more costly maintenance) 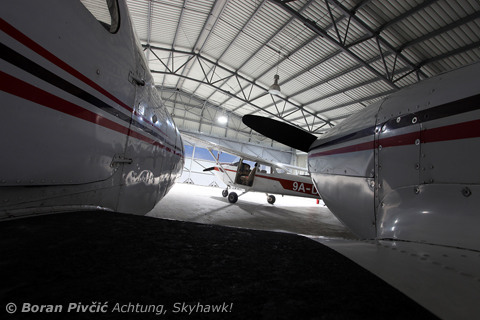 And finally, honorable mentions go to two photos I’ve snapped in flight with my mobile phone… due to a somewhat “expedited” departure from Pleso airport, I’d left my camera in the luggage compartment and couldn’t get at it in flight – so I had to use whatever I had at hand… 🙂 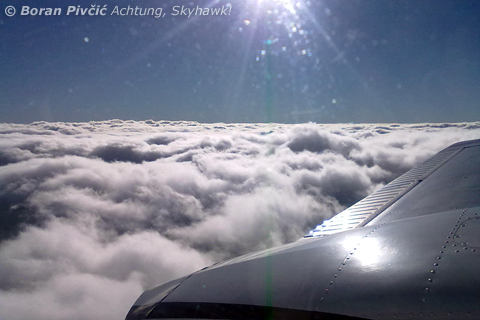 There really are very few things that are as enjoyable as a flight above the cloud deck :). Cruising at 6,000 ft in silky smooth air towards Maribor (ICAO: LJMB), the autopilot keeping the Seminole straight and true, and the scenery going from great to awesome! 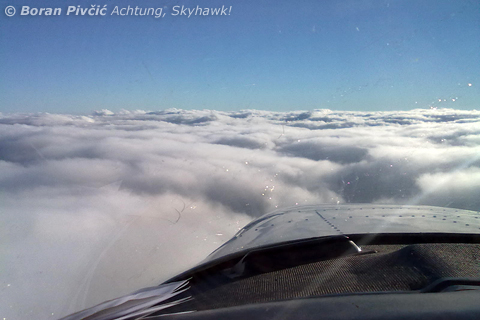 Moments before we break into the cloud deck at 140 knots on our return trip...