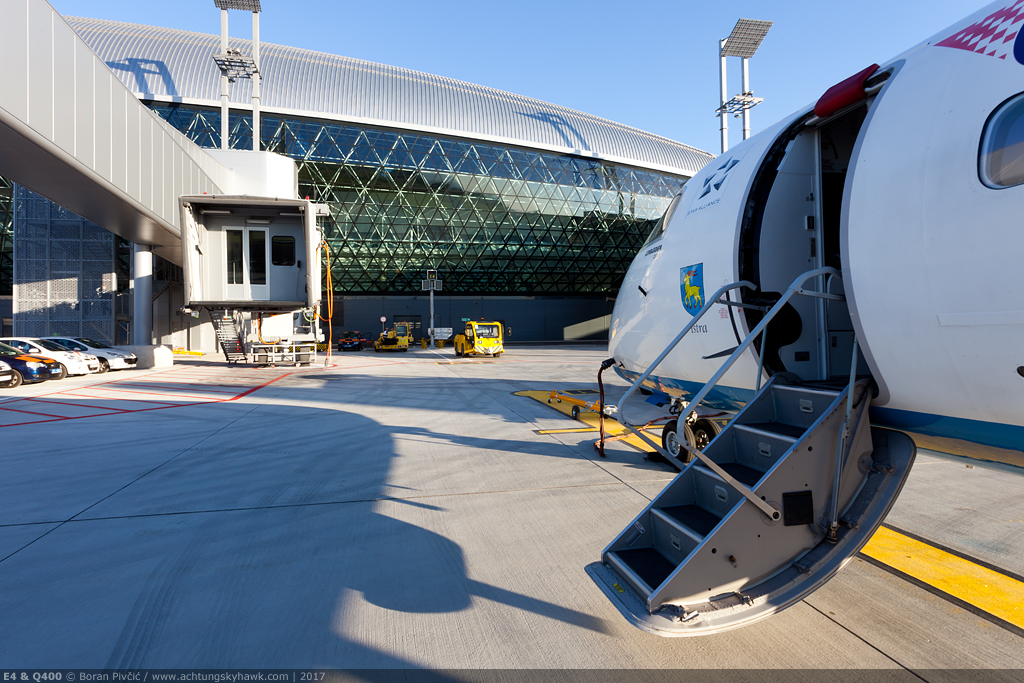 While the start of spring of 2017 had brought quite a few developments in Croatian aviation, the main talk of the town has consistently been the long-awaited opening of Zagreb Airport’s (ZAG/LDZA) bespoke new passenger terminal – and its associated bespoke new apron – on 28 March. Much had already been said in the media about its design and furnishing, advancements and failings, costs and politics – so for my part I’d decided to skip over all of that and devote some space to the one bit that people rarely see first hand: life airside.

Having had the opportunity to experience its workings for its first two days of operations – inevitably with camera in hand – I’d quickly found myself with enough interesting material to put together a short “early days” photo story. Biased a bit (OK, a lot 😀 ) towards the Q400, these shots are not intended to be a tour of the terminal/apron nor a serious documentary piece – but merely a “first look” at the place our airliners will now call home… 🙂

For handy reference, the official airport chart (in PDF format) is available here.

And finally, a bit of video from a push out of stand E4 on the Day #1… with a nice view of the entire terminal:

Update – 21 May: it took me until Day #53, but I’d finally managed to capture the operation (of lack thereof) of the FMT Airpark VDGS. As is (hopefully) visible, lateral guidance is provided by simple optical systems that change shape with viewing direction – while distance is regulated by ground personnel through the (rather crude) semaphore.