Photo Report – Back in the ‘angar

By me
All photos me as usual

With a strong northern wind pinning everything down at the field for the past two days – and rapidly dropping temperatures killing any will to stand outside – I had decided to sniff though the hangar again in search of some inspiration :). And wouldn’t you know it – the Super Cub population had doubled! 😀 Normally parked outside the hangar – being a visitor while it’s base field of Buševec was undergoing some work – 9A-DBU, AK Velika Gorica’s towplane, took shelter alongside our resident 9A-DBS. So, with nothing better to photograph outside, here are the results! 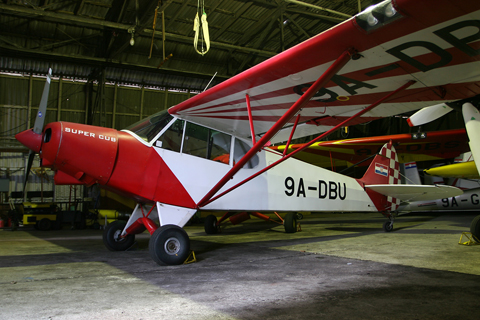 Despite it still being light outside - plenty of it between the storm clouds - we had lit up the interior as well :). A stock Super Cub, 9A-DBU is one of a number of such aircraft bought and imported at pretty much the same time for towing duties

Full of natural and sodium light, this family photo shows that Cubs love stripes :). Related by more than just their type, DBU and DBS are twins, coming off the line one after the other :). DBU is serialled 7809169, while DBS 7809170

Another shot toward "The Crack" (no rude hidden meaning intended 😀 ), the gap between two hangar door sections. Being quite old - almost 70 years - the hangar is becoming a bit shabby... 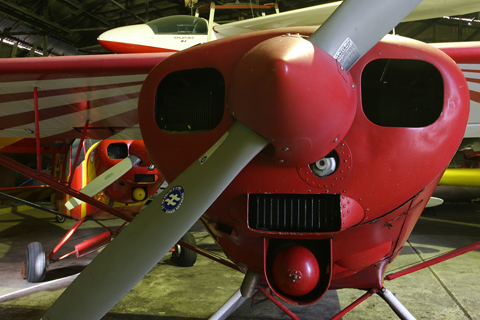 Lined up and ready to go!