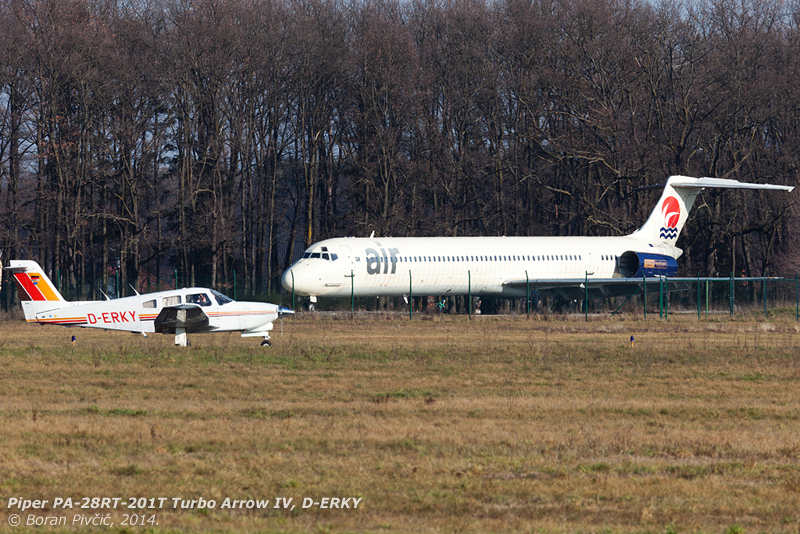 “Haha, I’m flying and you’re not!”. A visitor from Germany is preparing for takeoff down Maribor’s RWY 14, while MD-82 S5-ACC slowly rots away in the background… a fixture of the airport for several years now, ACC had previously flown with Aurora Airlines, and was at the time said to be one of the better Mad Dogs in the area. Sadly, its current state leaves very little hope it could one day regain that reputation… (though – with any luck – it will be featured in a more extensive post later on)