As an extension of my previous Z-50M post, I though I’d also cobble together a small additional feature showcasing some of the other interesting aircraft I’d come across while roving the hangars last week. While the field doesn’t have all that many aircraft – I had counted about 15 all in all – there are quite a few gems among them; but unfortunately, being all packed in two hangars (at least they’re protected from the elements), I couldn’t get at each one. So, using what I managed to snap, here goes… 🙂 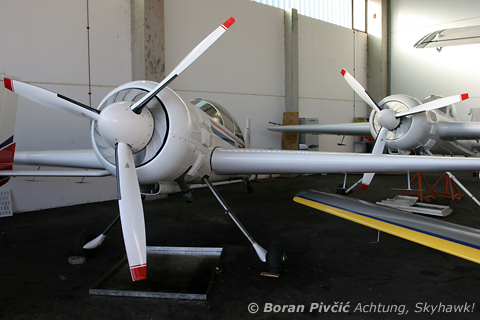 To kick off, some Russian radial power! 🙂 Looking remarkably alike at a first glance, these two very different aircraft demonstrate that old adage, "same problems, same solutions". Up front is a relatively common Sukhoi Su-29 two-seater, registered RA-3423K; but out back is a juicy rarity, the single-seat mid-wing Technoavia SP-55 RA-3221K, a modified Yakovlev Yak-55M produced under license. Differing from the 55M in composite control surfaces and somewhat lower weight, the SP-55 is one of the preciously few Yak designs still being produced 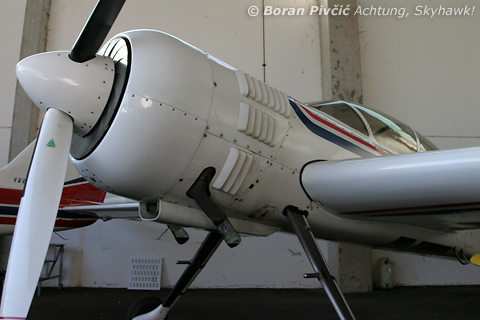 Like virtually all Soviet/Russian aerobatic designs, the Su-29 is powered by the indestructible Vedeneyev M-14 9 cylinder radial, one of the world's great GA engines. Along with its modified high-power derivative, the M-9, this is the only radial still being produced on a significant scale and is available with anything from 360 to 480 HP - not bad for a design from 1933! 😀 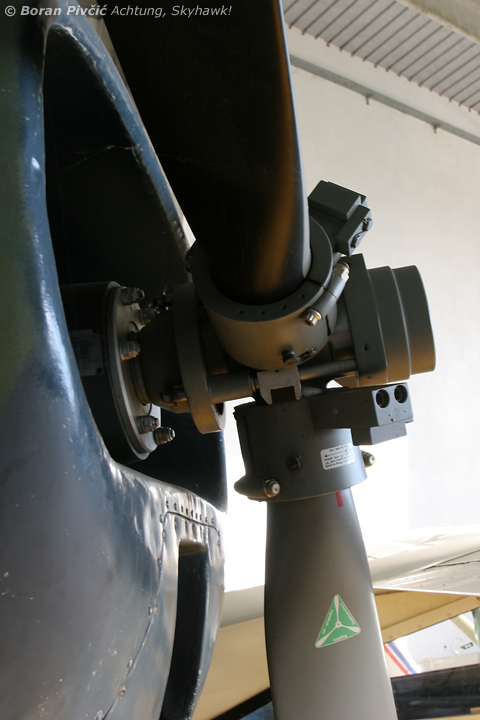 Up close and personal with an ex-Yu UTVA-66, S5-DCO. Comparable to the Cessna 180 in size and purpose, the STOL-capable 66 is a rare sight today, with only a handful still flying. But the type's characteristic utilitarian, no-nonsense looks make it noticeable wherever it goes 🙂 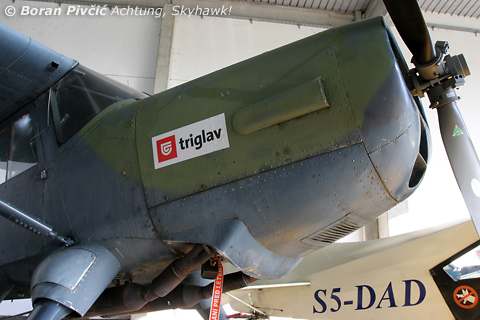 Like many ex-Yu aircraft, the 66 made use of the uncommon 270 HP six cylinder Lycoming O-480 - a noisy, but I'm told pretty tough and durable package 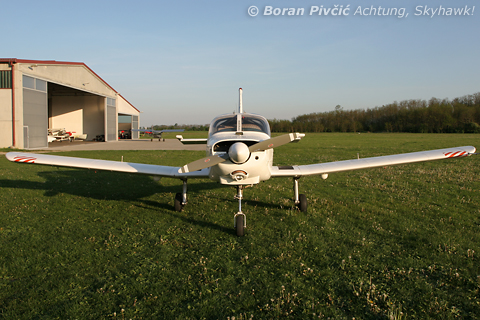 Easily the most famous and successful light piston from former Yugoslavia is the UTVA-75, a large - but very durable - two-seater powered by a 180 HP Lycoming IO-360 flat four. Once a stalwart of virtually civil and military all flight training, they are fast becoming a common sight again, with more and more examples - pressed into military service during the 90s civil war - being returned to their original operators 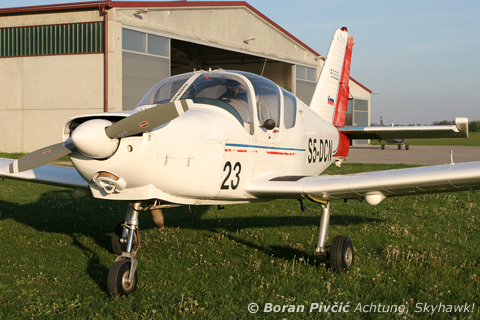 While capable of limited aerobatics, the UTVA-75 had proved itself to be relatively unpopular in that role - so much that there is a joke that says a lot about what pilots thought of its aerobatic capabilities: "how do you get a 75 out of a spin? With a shovel". The problem stems from a center-of-gravity issue discovered when the first prototypes had already flown. Apparently, the CG was too far forward, so to solve this the designers needed to move some weight to the back of the plane. The only convenient item that could be readily moved was the battery, which had been relocated to the tail cone. This had in turn shifted the CG a bit too far back, so more often than not any violent, high angle-of-attack maneuver would end up in a spin... on a different note, notice the type's interesting air filter arrangement above the landing light 🙂 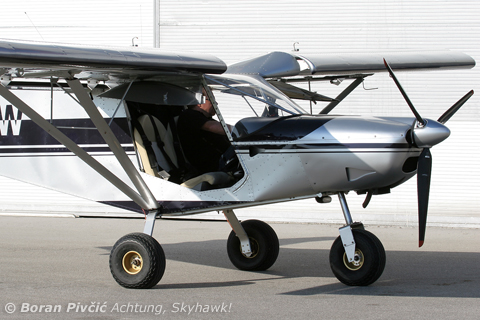 At the other end of the scale is S5-NBW, the fascinating Zenair CH-701SP. One of the most popular homebuilt ultralights today, the CH-701 boasts truly impressive STOL performance, with a takeoff run of just 28 meters! Powered by a 100 HP Rotax 912 turning a variable pitch prop, this is really a get-in-anywhere-anytime aircraft... 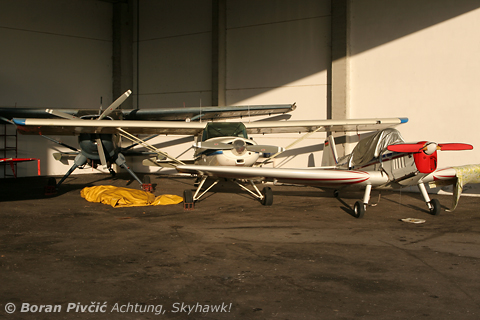 And finally, a sunset peek into the main hangar. Next to the aforementioned UTVA-66 is S5-DAD, a STOL Maule MX-7, and an unidentified Zlin Z-526 80% scale (I think) replica. Quite a nice collection!