With the weather having been steadily uncooperative these past few months – going from snow to dull, oppressive overcast and back – the arrival of sunny and clear skies, a light, refreshing wind and springtime temperatures was greeted with enthusiasm among those of us aching to go flying. Wasting little time – believing that, if Mr. Murphy was consistent, it wouldn’t last – a friend and I made arrangements with our instructor to kick the flying year off with a Night VFR refresher flight :).

Not being sure what are the regulations in other countries, I’d better explain – in Croatia, Night VFR is treated as an additional qualification to the standard Day VFR and can be done by anyone holding a stock PPL license. What it amounts to is 5-6 hours dual command time with an instructor, finished off with (usually) five solo circuits. The exact curriculum varies from instructor/FTO to instructor/FTO, but we, for example, had:

In theory, this then allows you to fly both within the aerodrome control zone and cross-country along designated VFR routes. In practice, we rarely leave the control zone: Croatia is a rather hilly country – with significant mountainous areas – and with few large cities (which at night all look the same), so the prospect of going long distance in a single engine airplane is not really that appealing… should the engine decide to quit, you are faced with complete darkness, few lit roads, few larger cities and even fewer airports where to make your emergency landing – and that’s bound to end in tears. So we leave the night bit to the twins (which then again fly IFR…), sticking to the vicinity of the airport and the occasional panoramic flight above Zagreb. You may ask what’s the point then; the Night VFR qualification is also a requirement for the Instrument Rating, something most of us are aiming for, so while we’re here we might just get that off the list :).

Having last flown at night at the beginning of last year, we decided a few days ago to get our hand back in and finally give our planes a little shakedown… 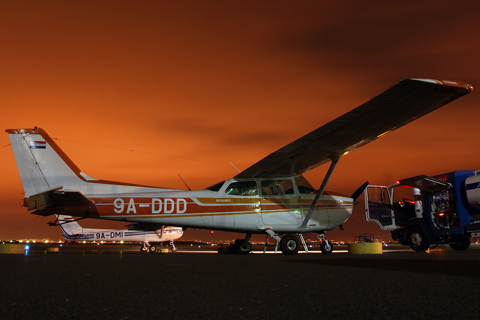 Fill 'er up! Brimming the tanks for our two-hour session - just to be on the safe side - with me flying first and my friend second. The lights of the Zagreb skyline decided to pitch in and provide us with some mood lighting 🙂 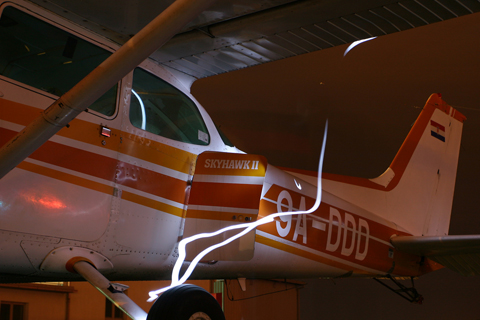 Thunder and lighting! 😀 (actually my friend doing the preflight with a torch in a 30 second exposure) 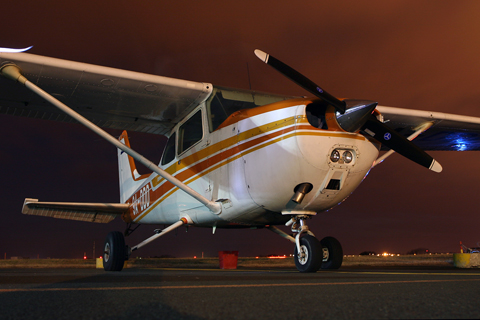 Ready and willing! (to throw some confusion into the stream of Croatia Airlines rush hour departures 😀 ) 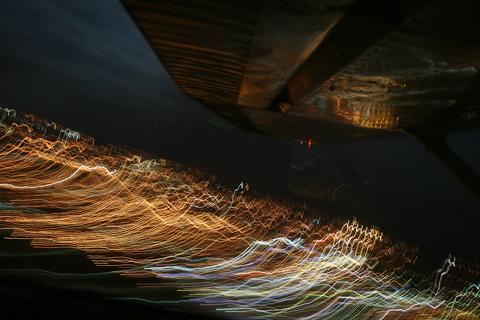 A (relatively) steep climbout from RWY 23, shot with an 8 second exposure. The weather was brilliant, CAVOK with just a hint of mid-level clouds and some moonlight to help us along 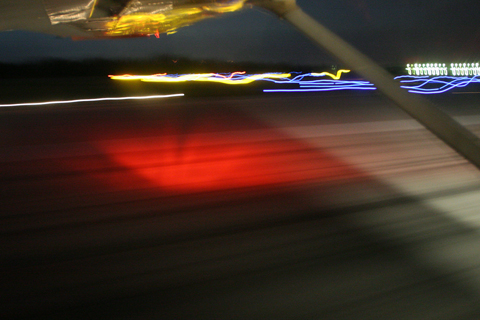 Who says training is dull? 😀 To have us recalibrate our sense of height in the dark, our instructor had us fly a series of successive low passes from the traffic circuit, with the target of a steady 2 meters (6 ft) above the runway right down the centerline lights. I've managed to hit 3 meters and 125 knots, while my friend did 1.5 meters or thereabouts at 100 knots 🙂 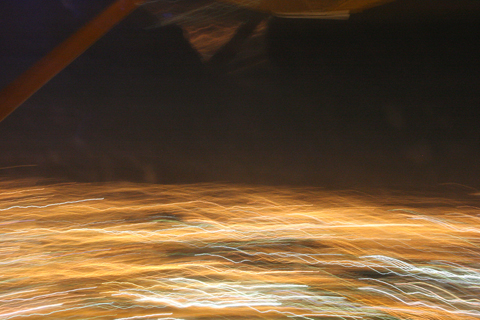 Something a bit more dated, back from when we started our night training in 2008. To get acquainted with the new perspective in the dark, we had to fly all the normal flight school turns on instruments only, using various points of Zagreb - seen here blurred beyond recognition - as reference 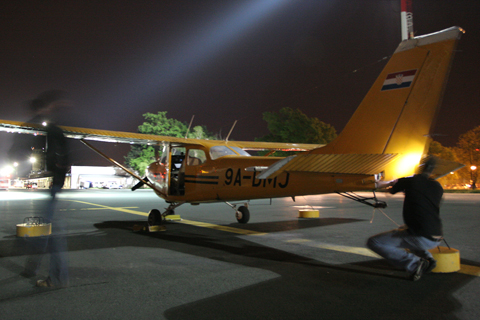 Prepping DMJ for another two hour sortie. While a bit more complicated than DDD, we preferred DMJ because of its ample power and a big chunky engine pulling the center of gravity forward (very comforting when flying in slow flight near MTOW) 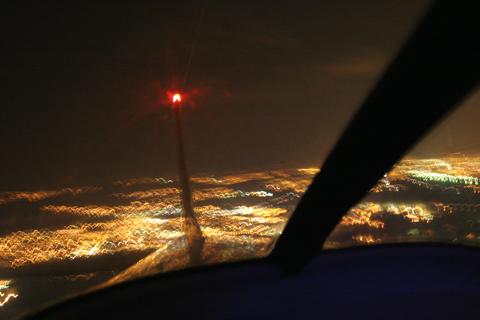 Climbing out to the south-east for some zone work. Sadly, our session would soon be cut short when the alternator packed up... of all times, during the night. And the engine had just been overhauled a few weeks ago...