Time again for another update, one which proves I have “a couple of planks missing” as the saying goes – of all the Learjets, the Global Express, Avanti, Dassault Falcons… I was most excited to photograph a Cessna 140 and Luscombe 8! 🙂 Found them by accident when I took a shortcut past the Musée de l’Air et de l’Espace to avoid the crowd on Saturday. Given I have a fancy for bare-metal GA oldies, I couldn’t not stop and take a photo :).

The two gems together behind the Dakota Hall at the museum. The intruding tail on the right belongs to a Canadair CL-415, in a bit of an odd shade of yellow 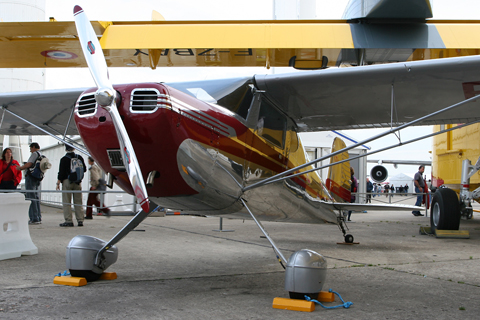 F-AZOC, a Cessna 140, was first in line. I just adore bare-metal singles... if they have polished metal props and red stripes, I'm sold! 🙂 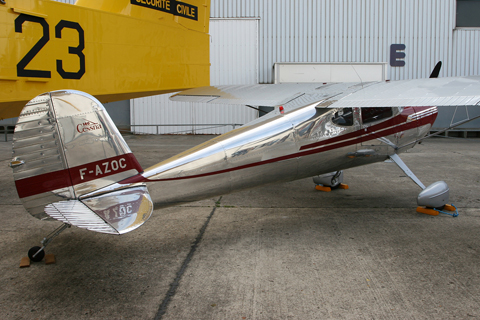 Rear quarterview. I've long been waiting to nail a C140... this is the first one I've ever seen in person 🙂 (after narrowly missing one at Lučko)

F-PMCD, what at first thought to be a Cessna 120, turned out to be a rare Luscombe 8A Master (of the Silvaire family). Beautiful thing, the bright red really suits it 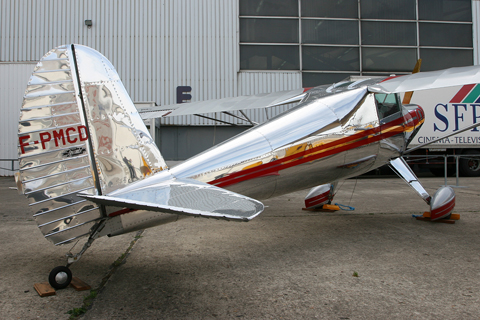 In addition, I managed to beg my way aboard the Avanti II again, this time with the avionics turned on :).

Showing off the Collins Pro Line 21 suite. An increasingly common solution in biz aircraft, the Pro Line 21 is used also in the King Air and CitationJet families, as well as the DeHavilland Canada Dash 8 Q400 regional prop

Closeup of the pilot's side, showing the PFD (Primary Flight Display) and MFD (Multi-Function Display), showing an airport chart of Le Bourget 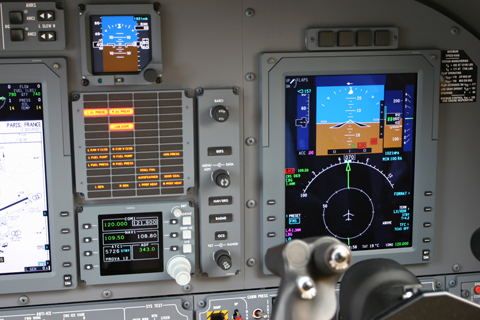 The copilot's side, with the other PFD, radios and announciatior panel 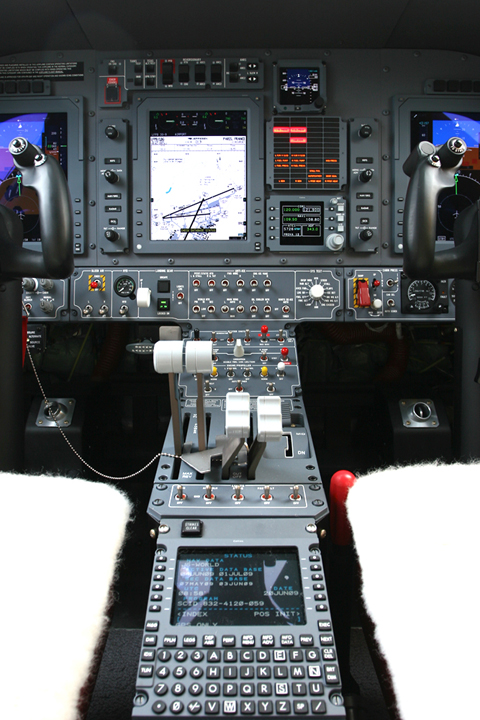