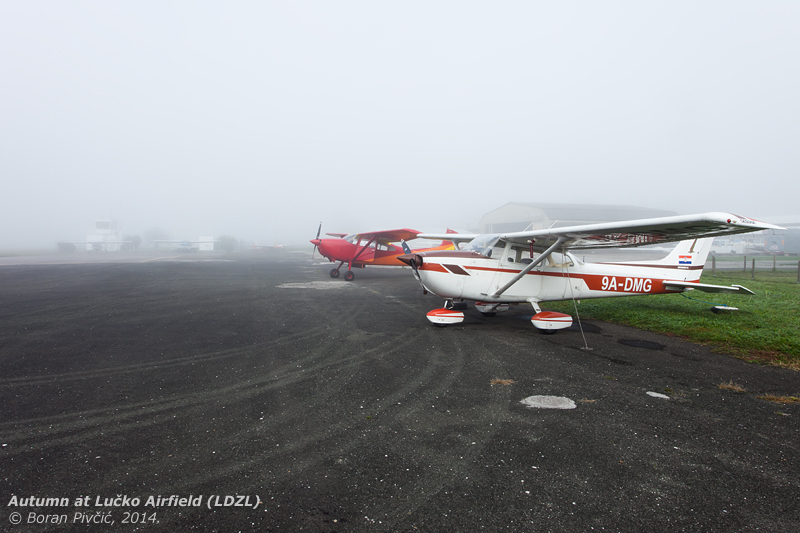 While for the most part the weather was just as fine as described in the introduction, several mornings – Sunday 19 October included – did let the side down. A common problem during autumn and winter (especially after prolonged rainy seasons such as this summer’s), Lučko, Pleso and indeed the whole of southern Zagreb can be blanketed by thick fog that can reduce visibility down to just 50 meters. While they tend to persist for days or even weeks during the winter, in October and early November they frequently disperse around noon, often leaving behind fantastic anticyclonic weather. On this occasion, a 125 meter visibility and 11 degrees Centigrade were replaced by clear blue skies, 23 Centigrade and just a hint of wind – all within one hour.