Having become bored of my previous desktop wallpaper, I decided to rummage once more through my photo database in search of a suitable replacement. And being currently under the influence of pre- and post-WW2 aviation – as evidenced by my last two Rare Aircraft posts 😀 – I was looking for a technically imperfect, “realistic” photo of some aircraft of that era, which I would then artificially age in Photoshop and hopefully end up with something that could pass as “authentic”. Having drifted off course quite badly, I ended up with a Tu-154, but the process gave me a swell idea for a new post to break the monotony (and with it snowing like mad – again – the monotony was sure to continue)… 🙂

What I wanted to do was create something of a “historical East Block photo report”, using only my own photos and manipulating them to make more-or-less believable representations of photos that could have been taken in the periods concerned. Though I’ve sorted the images according to the aircraft type’s year of first flight (indicated in the parentheses), they actually represent the years when that type was at its heyday, that is, the years when it could be seen in greatest numbers. To this end, I stuck to images with neutral backgrounds and without anything modern in view, and “aged” them to reflect also on the various types of cameras that could have been used; so a photo taken in 1980 may be B&W, while a photo from the early 70s may be in faint colors…

The dead giveaways shattering the illusion are the modern registrations – as well as some obvious faults in my aging work – but for viewing pleasure, I think I’ve hit the mark quite nicely :).

(FF: 1927) The oldest of the lot is the "USSR's Piper Cub", the legendary Polikarpov Po-2. Slow and noisy, this simple and docile biplane had trained generations of Soviet pilots and was - among other things - used with great success by even more famous 558th Night Bomber Regiment. Its all-female crews - nicknamed the "Night Witches" - flew night harassment missions against Axis forces on the Eastern Front, rising to become the most decorated air unit of the Soviet Air Force. The aircraft pictured here is just one of more than 40,000 produced, making it the second most produced airplane in the world, as well as the most produced biplane 🙂 (though not exactly East Block - having been designed in the 20s - the Po-2 was still in widespread use after WW2, so I grouped it with the others)

(FF: 1939) Equally luminous is the very rare Lisunov Li-2. A Soviet license-built version of the C-47, the Li-2 was the backbone of a number of East Block airlines - Aeroflot, LOT (Poland), CSA (Czechoslovakia), Malev (Hungary), Tarom (Romania), ... - in the early years following WW2, before being replaced by the Ilyushin Il-12 and Il-14, the last of the Soviet piston airliners. This specific aircraft pictured, HA-LIX, is the only remaining airworthy Li-2

(FF: 1947) Next in the lineup of the greats is the "Anushka", the indestructible Antonov An-2. The largest production single-engine biplane - and up till recently the aircraft with the longest uninterrupted production run, beaten now by the Lockheed C-130 - the An-2 has been employed in too many roles to count. Uneconomical, ungainly and slow, the An-2 has three times more charisma than weight 🙂

(FF: 1956) One of the most popular gliders ever built, the L-13 Blank was (and still is) a common sight across the lands of the former East Block. Embodying characteristics that make it a fantastic all-round glider, the L-13 has even been used in USAF service as the TG-10

(FF: 1961) A true, undiluted workhorse, the Mil Mi-8 - produced in greater numbers than any other helicopter - can be seen in as many diverse roles as the venerable An-2. Though mostly famous for its military service, a number of Mi-8 versions were outright passenger transports, seating up to 32 in an airliner-style cabin. Some models - the "Salons" - have also been fitted with VIP interiors

(FF: 1966) Representing Poland is the PZL-Bielsko SZD-30 Pirat. Cheap to produce on account of its wood and fabric construction - and weighing in at just 370 kg fully loaded - the Pirat was a popular and undemanding single-seat Club (later Standard) class glider for novice student pilots

(FF: 1968) Roaring away from Zagreb on a wave of Soloviev noise, this beautiful Tu-154M is showing all the Airbii and Boeings how to make a stylish departure :). One of the most recognizable symbols of Soviet commercial aviation, the mighty - but thirsty - "Tushka" is slowly being phased out in favor of more modern, and more boring, Western equipment

(FF: 1971) At home on backwood grass strips despite its size, the Let L-410 Turbolet is a worthy replacement for the An-2. Armed with commercial operations certification - something that has always eluded the Anuska - the Turbolet is still a popular 19-seat airliner in countries with under-developed aviation infrastructure

(FF: 1971) Seeing double. With its menacing, angular and purposeful looks - not to mention the symphony of noise from the same Soloviev D-30s that power the Tu-154 - the Il-76 still manages to invoke the classic "Soviet Era feeling" wherever it goes. The epitome of the get-in-anywhere-anytime-carrying-anything transporter, the Il-76 is the DC-3 of jet transporters - it'll keep going long after you stop 🙂

(FF: 1976) Still a common sight at airfields around the former Soviet Union, the fully-aerobatic Yak-52 represented the first major breakout of ex-Soviet GA outside of East Block. Today one of the most popular Yaks in the West (along with the Yak-18T), it is still produced by Aerostar in Romania and still used by several air forces as a primary trainer

(FF: 1976) The "Russian Airbus" gliding noisily in on a dark, bitterly cold and windy day (much like home actually). The world's second quad widebody, the Il-86 is a fascinating aircraft, conceived as a true "flying bus for the Soviet people". This resulted in some unorthodox features, including its famous and unique baggage loading system - the passengers would climb into the hold, drop off their baggage and continue up into the cabin :). However - unusually for a Soviet aircraft - the Il-86 was abysmally underpowered, which had not helped its chances even on the state-sponsored USSR market. As a result, only 106 were made before it was superseded by the much more advanced Il-96 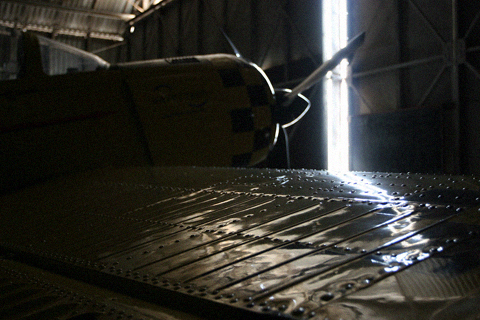 (FF: 1993) In absence of a Sukhoi Su-26/29 - which in 1984 was one of the last all-new Soviet designs to fly before the breakup - I've decided to make do with the Interavia I-3 (designed by the same man who did the Sukhoi aerobatic series). A world-beater when it had first appeared on the international scene, the Su-26 had taken all of Sukhoi's combat aircraft experience and packed it into a fantastic little package that's been holding its own in Unlimited category aerobatics for more than 26 years now - despite all the new composite, computer designed kids on the block