It’s about time I got to grips with this little aircraft here. Despite outwardly being just a normal Super Cub, this specific little machine has a very interesting story behind it. It was assembled by hand by Mr. Vlaho Ljubić, who spent six years working on it – literally from the ground up, when it was still a random collection of bolts and structural components.

The aircraft is basically a stock PA-18-150 without any modifications, the only difference being the instrument panel layout – but that varied between batches in factory-built models, so we can’t hold that against it :). It is painted in a scheme taken off the Cub Crafters CC18 replica of the Super Cub, but in lighter tones (the original scheme can be seen here: http://www.airliners.net/photo/CC18-180/1423224/L/). Its first post-assembly fight was on October 12th, 2008., on a lovely warm and calm afternoon. The following pictures go out to Mr. Ljubić, who generously allowed me to crawl over every inch of the plane :).

(an additional note about the reg – initially, the aircraft was registered as 9A-XLJ, X being the prefix for the experimental register. However, being in essence a stock, factory design – and given that the whole experimental thing is still wobbly in Croatia – it was transferred to the standard GA register – prefixes B, C (rarely) and D – becoming 9A-DLJ) 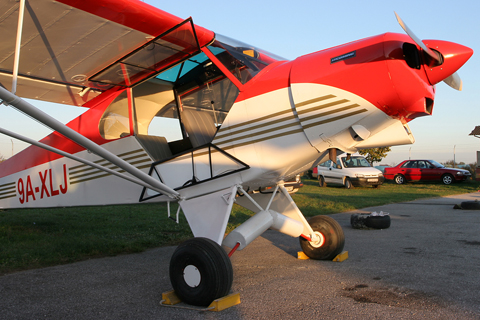 Like all Cubs - Super or otherwise - this one is mostly fabric covered, with a metal frame structure underneath. The resulting decrease in weight compared to traditional aluminium structures offsets the need of periodically replacing the fabric 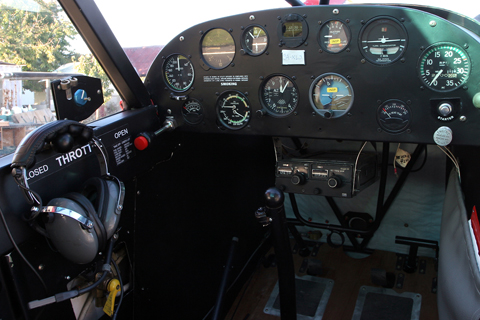 The aforementioned panel. Simple and uncluttered, it contains all you really need for VFR flying.

Final engine inspection before its first post-assembly flight. Like the majority of all Super Cubs, this one has the O-320 150 HP engine which does wonders for an aircraft as light as this. Some Super Cubs have smaller 95 and 105 HP engines, while a few - mostly glider-towing ones operating at higher altitudes - have been modified with up to 180 HP.

Revving up the engine for a running check. Thankfully for me, the brakes were working perfectly :).

Taxiing out for its first flight!

Taxiing in back home. The smile says it all! 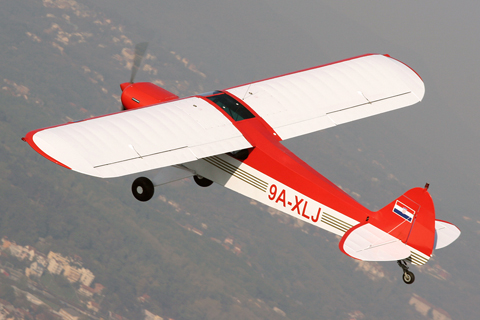 Banking left, banking left! 🙂 An air-to-air session on the aircraft's fourth flight (I think). 9A-DMI served as my trusty photo ship once more 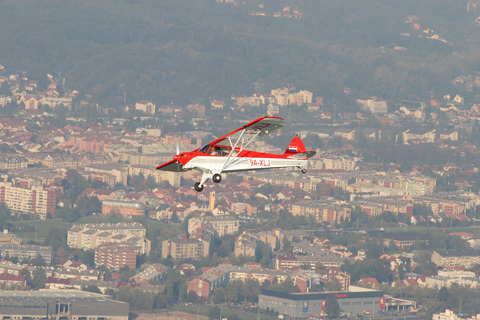 Sliding in alongside and looking beautiful!

Going shopping. Diving away from us above King's Cross, one of the largest shopping centers in Zagreb

Cooling down in the afternoon